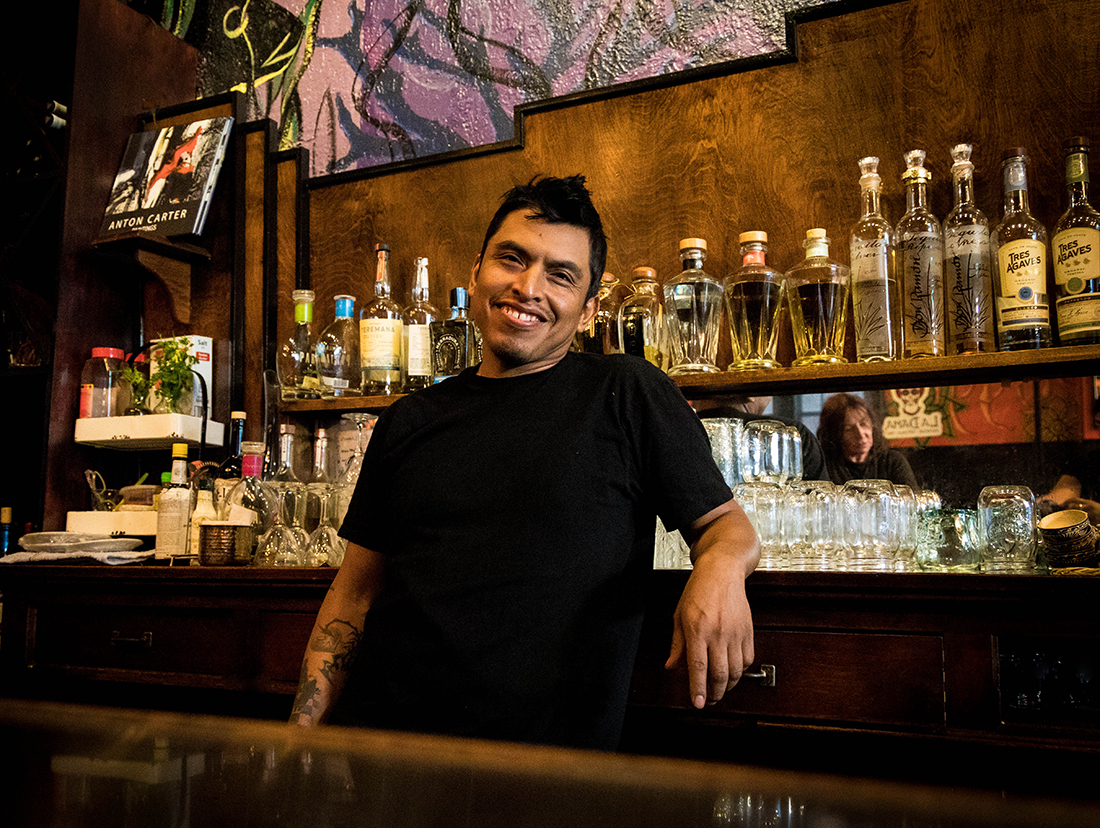 Emanuel Corona had been a long-time chef and colleague with Crazy Water for over 20 years when he was asked about exploring a new Mexican concept – La Dama Mexican Kitchen and Bar. Emanuel grabbed on to the idea with both hands, from day one his goal has been to “create a Mexican restaurant that Milwaukee has never seen.”

Emanuel, originally a local of Puebla and Mexico City, garnered his culinary skills from various sources. His first introduction into the food world took place at a young age with his  grandmother and mother where he learned the art of making mole poblano and mole negro among other traditional favorites from the area.

Emanuel and Peggy Magister began working together at her first restaurant in Cedarburg, The Fork Café.  After 5 years he followed her to Crazy Water where he continued to hone his skills learning American fusion cuisine. Emanuel slowly incorporated many of his flavors into the Crazy Water menu.  After over 20 years he and Peggy worked together to create La Dama Mexican Kitchen and Bar. In late 2021 Peggy Magister retired from the restaurant industry, turning over full control of La Dama Mexican KItchen and Bar to Chef Emanuel Corona’s capable hands.